Californian neo-post-punkers (don't you just hate these kind of labels?) The Soft Moon have graced The Green Door Store in Brighton with a performance last night supported by a Romanian... Italian... Romanian-Italian? one-man act Dracula Lewis. It was a very international evening on and off stage, one particular member of the audience decided to showcase his southern way of being and ended up shirtless attempting to dance with all the ladies. Certainly a night to remember. 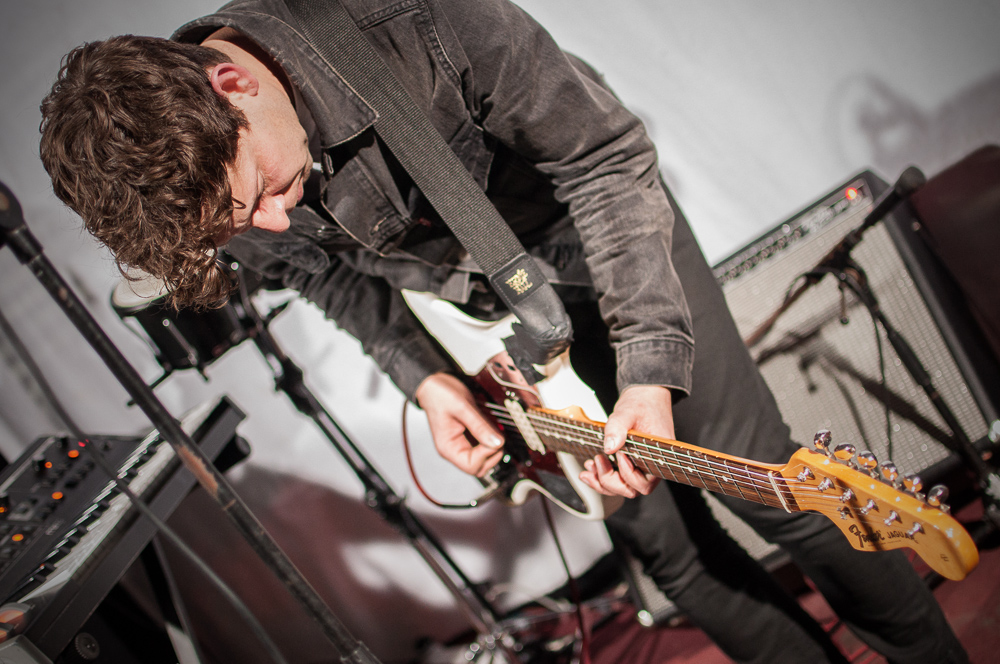 The last technique I'd like to cover requires combining 2 lenses together through a double male thread ring. One lens is mounted normally onto the camera and the other is reverse-mounted onto the first lens. The longer the lens mounted onto the camera the larger magnification can be achieved. Lenses of choice for this article - 50mm f/1.2, 28mm f/3.5 and my 80-200mm f/2.8 set to 200mm. Must be said that it's good if the telephoto lens has a large aperture, otherwise problems with vignetting might occur. Also, throughout the shoot I had the 80-200's focus ring set to infinity and the reverse-mounted lens to the minimum value. 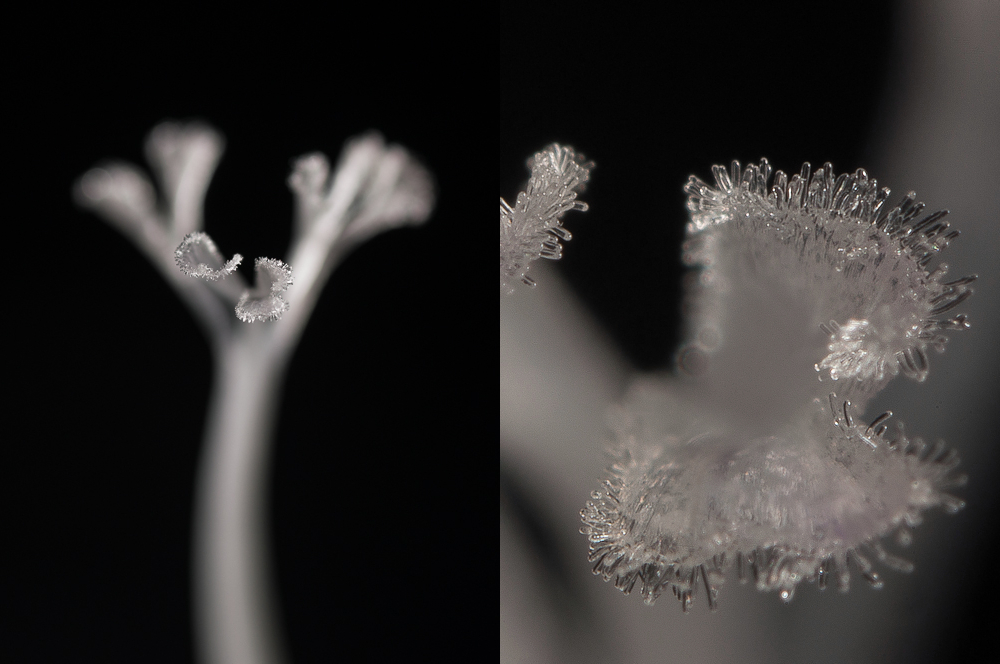 Time to change our subject for part III as the previous one simply doesn't provide enough fine detail for the magnification I'm going for. I decided to go for the stigma of a freesia flower. Overall it's not that much smaller than the cress but it offers a lot more than you are able to see with a naked eye. The bellows attachment I have used is a Nikon PB-5 measuring 190mm when fully extended. That's a lot more than the 65mm of extension tubes used in Part II. 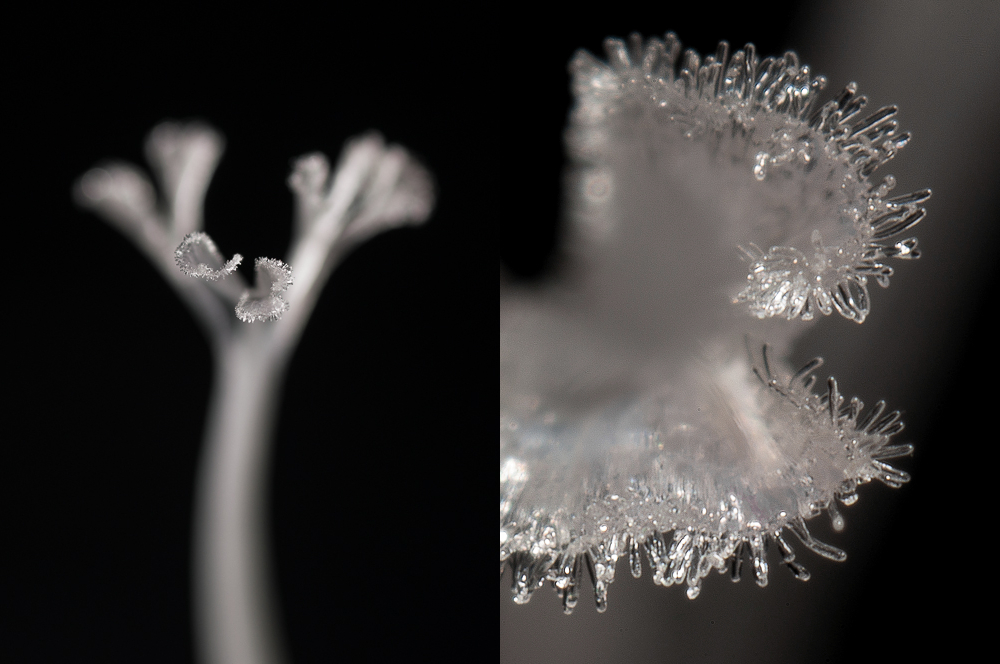 In part I of this short series I explained how to achieve 1:1 magnification with a standard 50mm lens and how to push it to 2:1 with a wide angle prime. In part II I will combine these same lenses with a set of extension tubes to see how that would affect the reproduction ratio. Our subject remains the same for now, soon however I will need to replace it with something with more fine detail as we will be getting really close and personal. 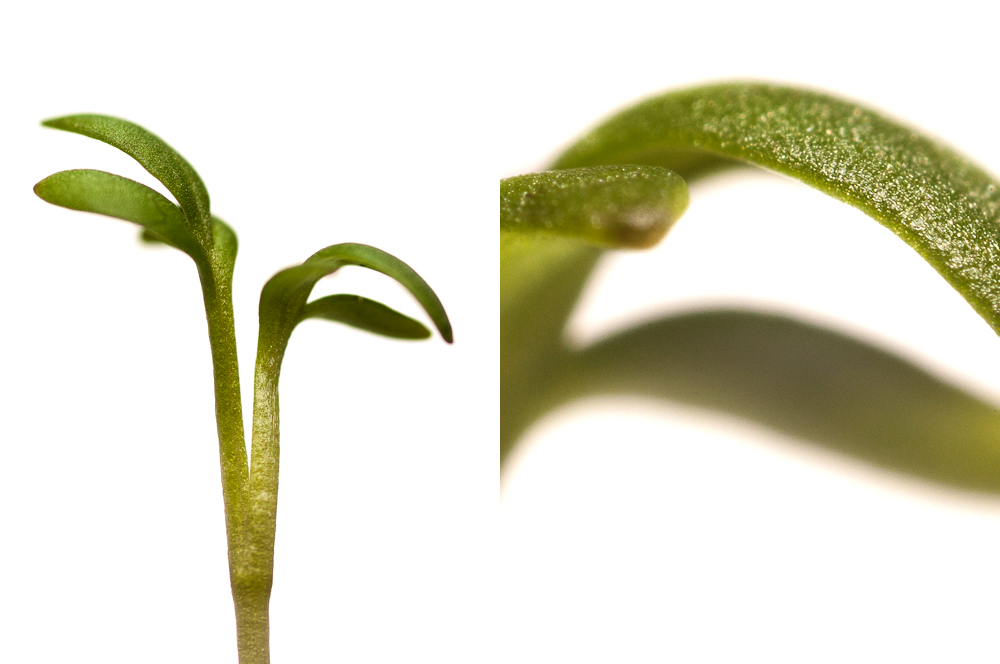 Beyond 1:1 - extreme magnification in macro photography, part I - reversing the lens

Most dedicated macro lenses offer a reproduction ratio of 1:1, which seems like a lot... until you go out and try to look an ant in the eyes. Then it turns out it's not all that much. In simple terms the 1:1 magnification means an object the size of your camera's sensor will fill the entire frame. I currently own a Nikon D90 so at 1:1 an object measuring ~24x16mm will fill the frame edge to edge. There are several techniques to increase the magnification and while using a dedicated macro lens may be the most hassle-free, you can achieve better results and spend less cash by simply using a standard or wide angle prime lens, even one you may already have lying around in your attic from an old analogue camera. 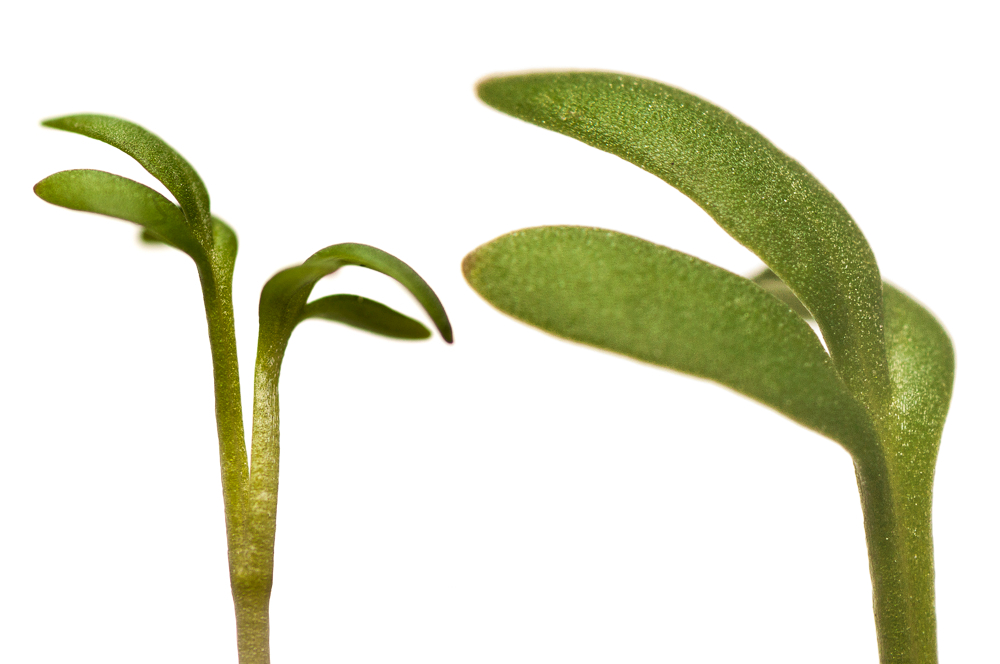 Whenever you go on an assignment to shoot a gig you never know what you're going to get in terms of lighting. More often than not you need to struggle with a large aperture and exposure time just barely freezing the artists' motion and pray the images will be in focus enough to compensate for that slight motion blur here and there and the aberrations from using the lens wide open. Not this time, in this case the lights went off completely just as the performance was about to begin.

Instead of the more traditional continuous lighting, the entire concert was illuminated by 3 strobes shooting bursts of sharp light from 3 different locations around the stage. This is actually pretty awesome, like a bunch of flashguns at your disposal. With a difference - the flashes of light were not in sync with the shutter release. But there's an easy way around this, setting the exposure time to a much longer value, something around 1/8th to 1/4th of a second. No need to worry about motion blur, the strobes will still freeze it. The long exposure time is actually only there to raise your chances that a burst of light will happen while you have the shutter open. Using such a long time may also result in a multiple exposure effect that happens when a strobe fires twice while the exposure is taking place. Which results in some pretty funky images.

Last but not least, Vision Fortune rock. Period. I would gladly pay to see a gig where they're the headliner (last night they were supporting Halls). 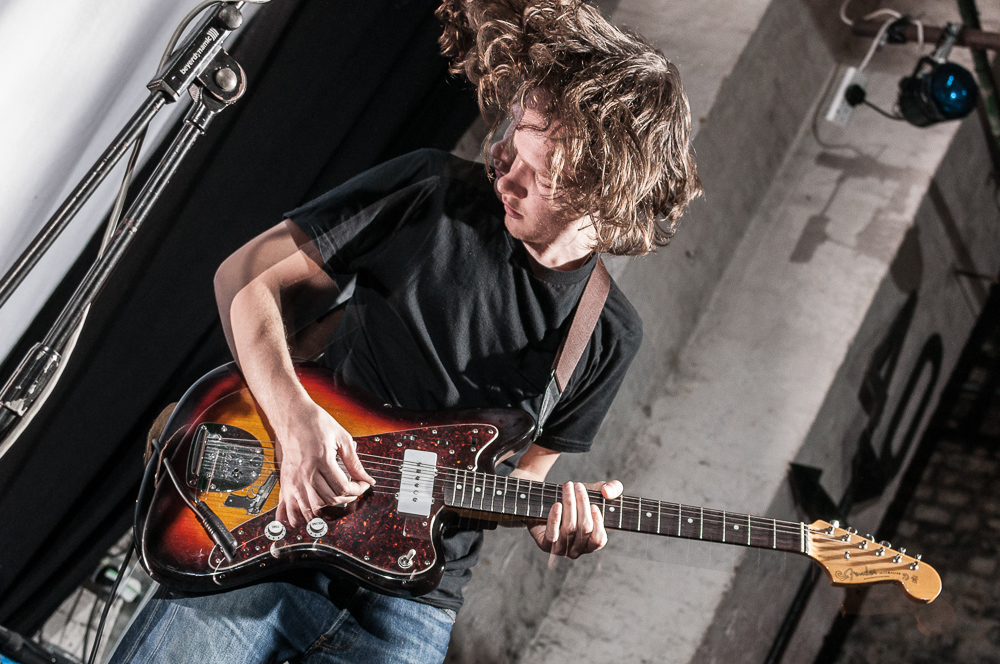 Tonight's performance. What can I say... Noisy, chaotic, imperfect, memorable. Here are some noisy, chaotic and imperfect shots. 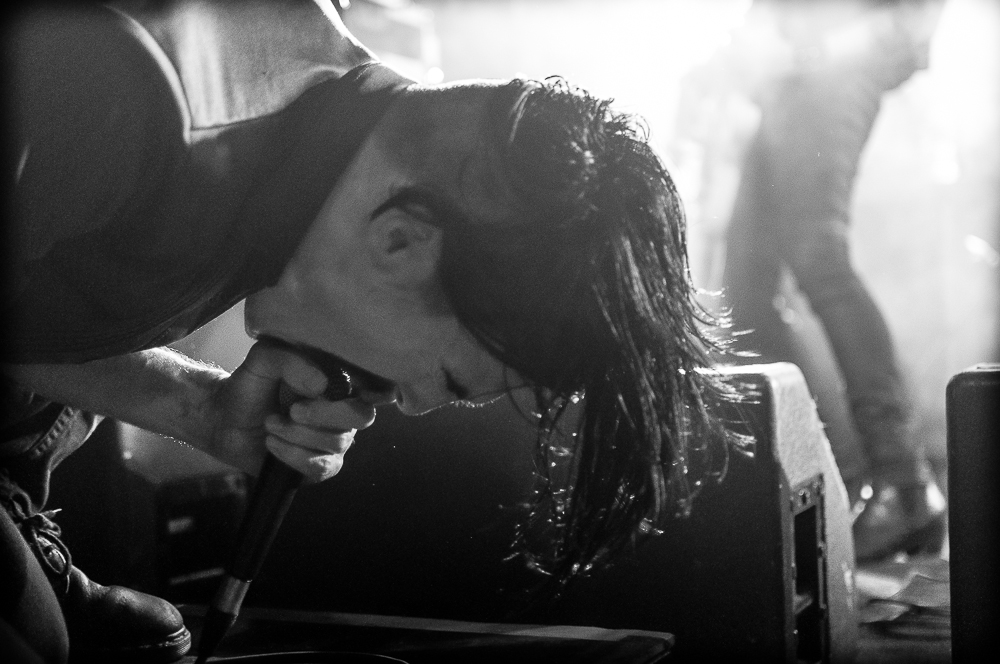 Tickets to gigs such as this go like hot cakes so if you don't act fast you end up somewhere on the 2nd balcony, like we did. But even from this perspective one might attempt to capture something interesting. Especially if that something is the whole freaking stage! The lighting conditions were definitely the most unconventional of all the gigs I've shot and required low ISO and a stopped-down lens, the complete opposite to the usual settings when capturing a live performance. Click through for the results! 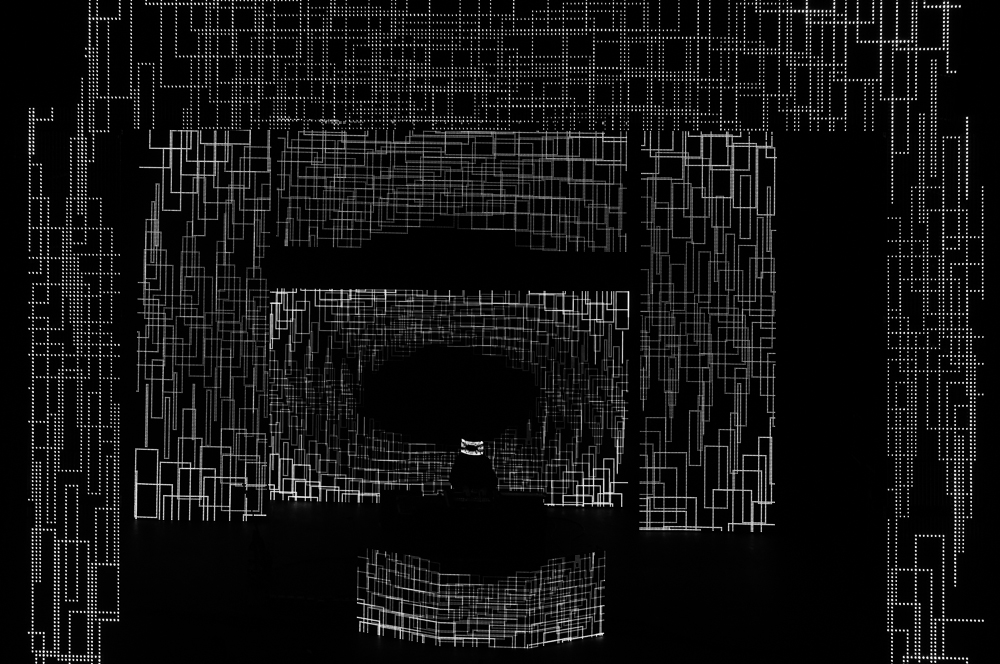 Since I'm quite new to Brighton & Hove, Brighton Noise is basically saving my life in terms of what to see and where to see it. Recently I wrote them asking if they'd have me as a contributor, next thing I know they're getting me a pit pass to Portico Quartet supported by Taylor McFerrin at Concorde 2. It just so happened they were sending a reviewer there but were still missing a willing photographer. I jumped at the opportunity and even went as far as to get yet another lens (lucky number 7), the marvellous 35/1.8, the best lens 120 pounds can buy. Click through to see the outcome. 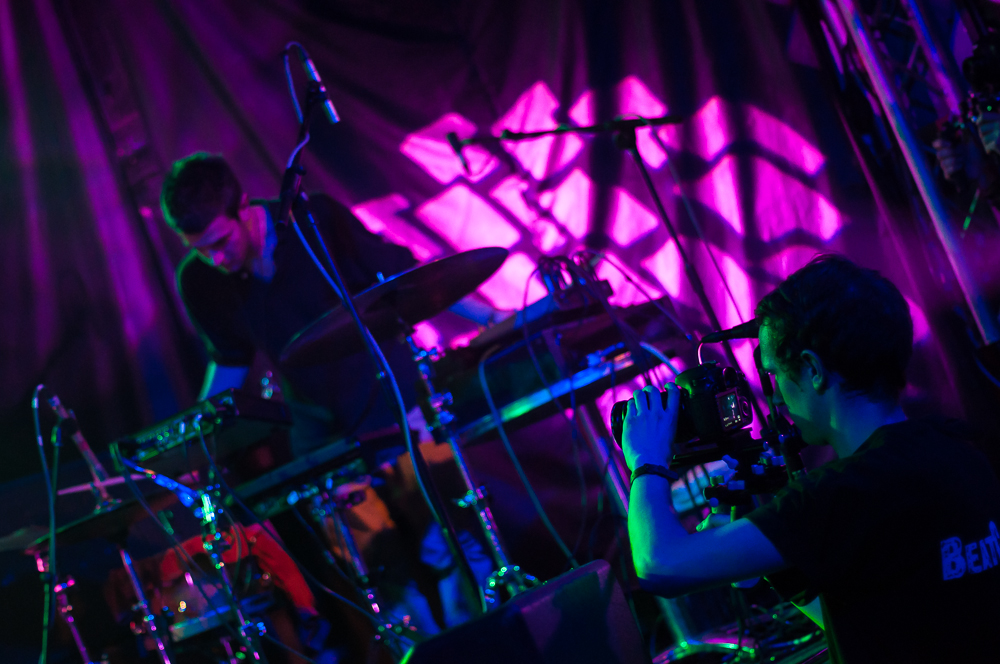 Participating in photography forums I tend to observe people's attitudes towards the genres of photography they do, in particular how much fun they're having doing it. This is how I got into bird photography, it just seemed too much fun to not try it out. This year I got the same hunch about photographing aircrafts and with 2 air shows just around the corner from where I live I decided to give it a go. 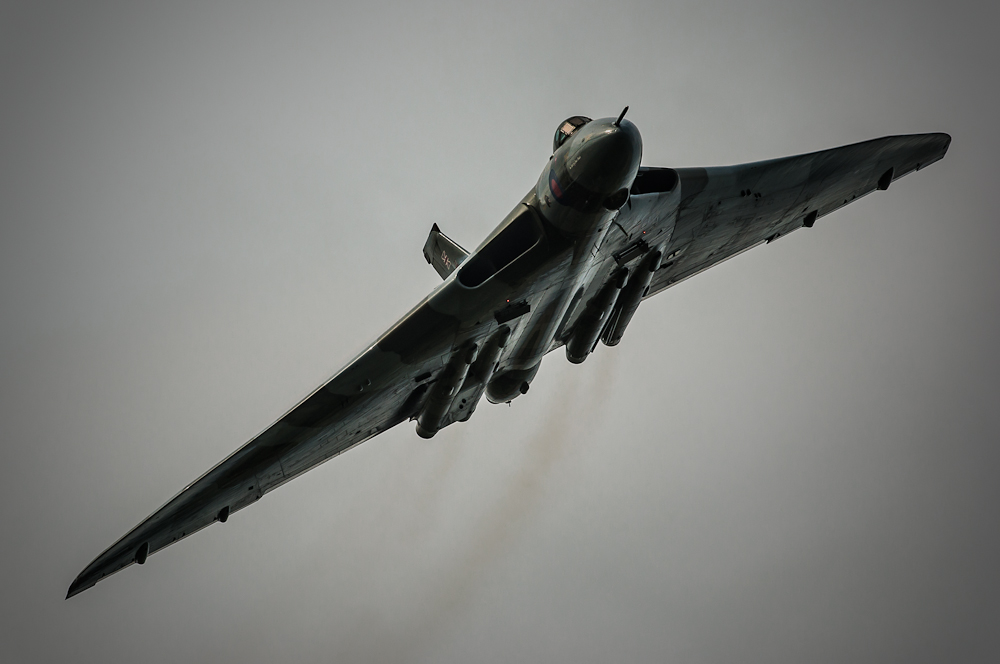