Time to change our subject for part III as the previous one simply doesn't provide enough fine detail for the magnification I'm going for. I decided to go for the stigma of a freesia flower. Overall it's not that much smaller than the cress but it offers a lot more than you are able to see with a naked eye. The bellows I have used is a Nikon PB-5 measuring 190mm when fully extended. That's a lot more than the 65mm of extension tubes used in Part II.

The depth of field is very shallow even at f/11, the part in focus is in fact our subject for this article as well as the next. The lenses in use are still the 50mm f/1.2 and the 28mm f/3.5 reverse mounted and for each I will demonstrate the magnification both when the bellows is fully extended and fully retracted. That's the beauty of the bellows, it gives you a whole load of flexibility and can act as a short extension tube as well as a very long one and everything in between. Let's take a look at the images taken with the 50mm at f/11. 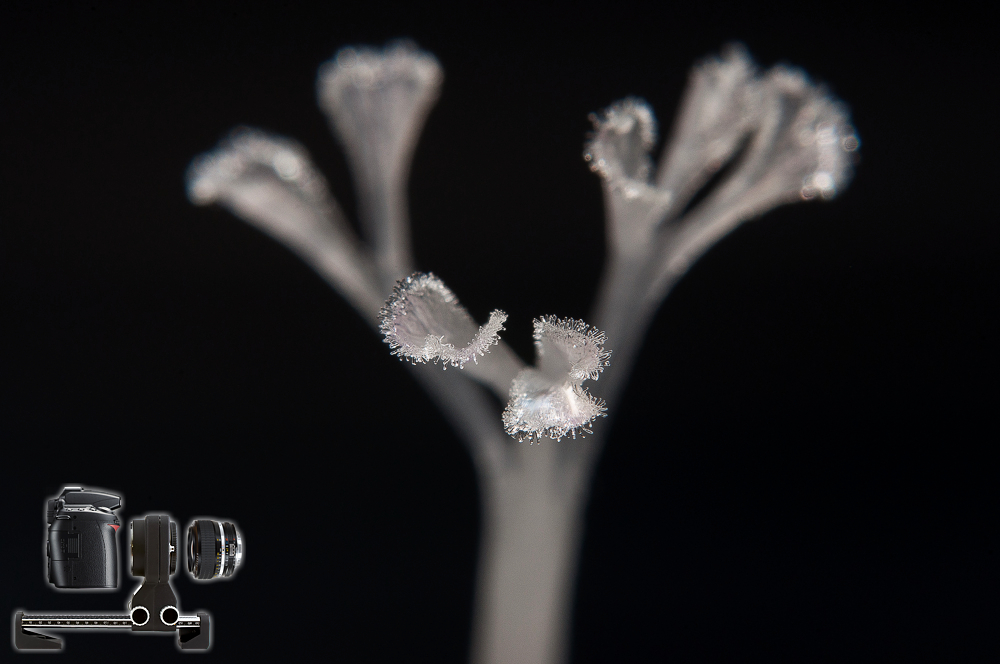 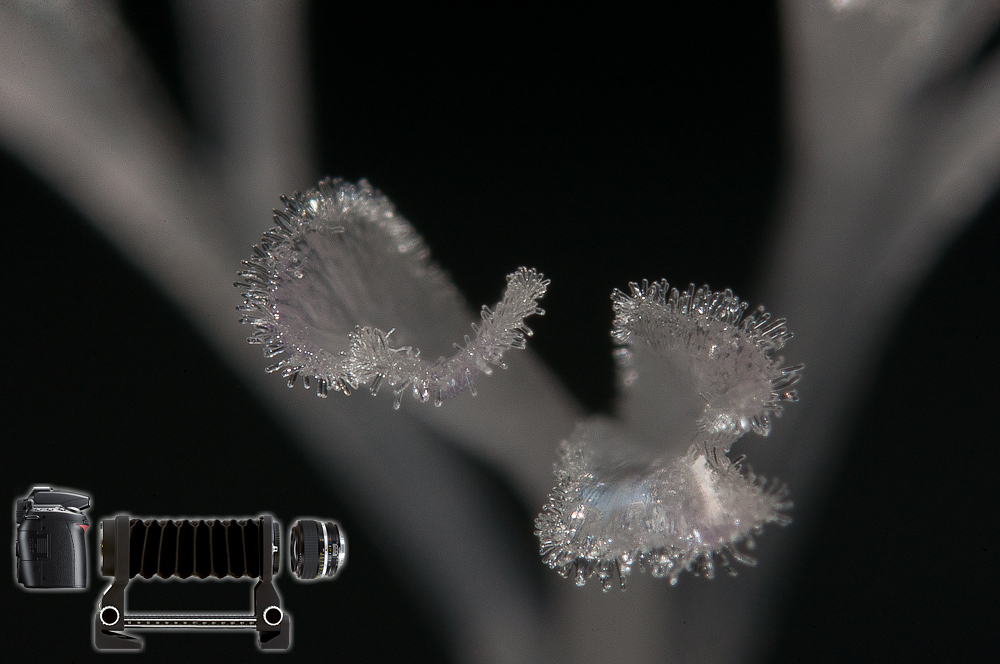 As you can see the magnification increases significantly as the bellows is being extended. The distance from the lens to the subject decreases too but luckily not as drastically - it's about 62mm when the bellows is retracted and 50 when it's extended. The depth of field is probably less than a milimeter. One thing you will unfortunately notice when doing macro is just how much dust is on your camera sensor. I cloned most of it out but there still are leftovers.

Now, on to the 28mm and if experience taught us anything, you already know for a fact the magnification will be much larger than with the 50mm. Let's see. 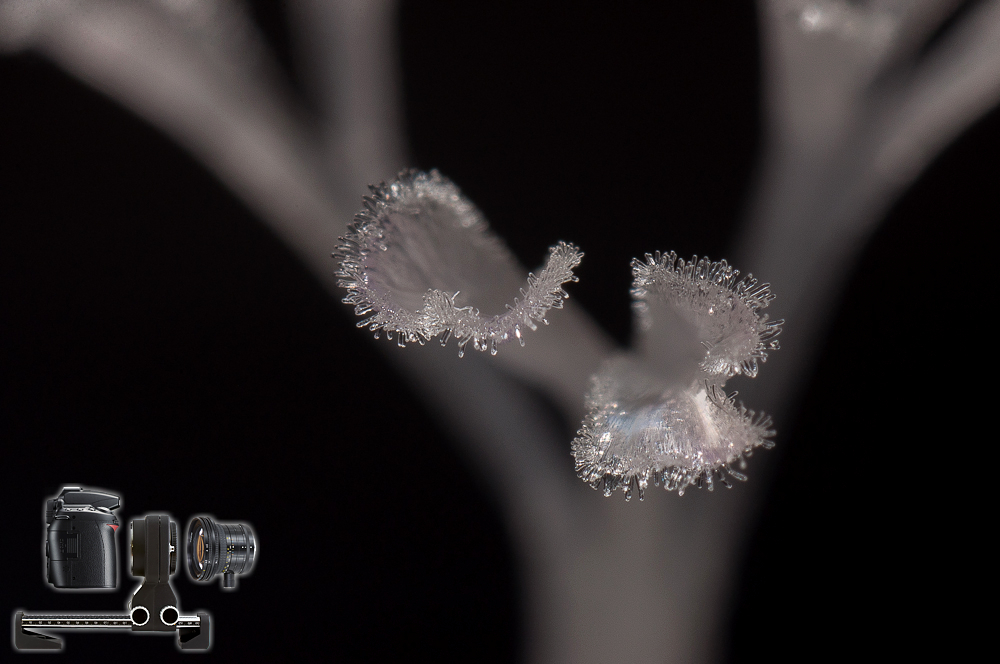 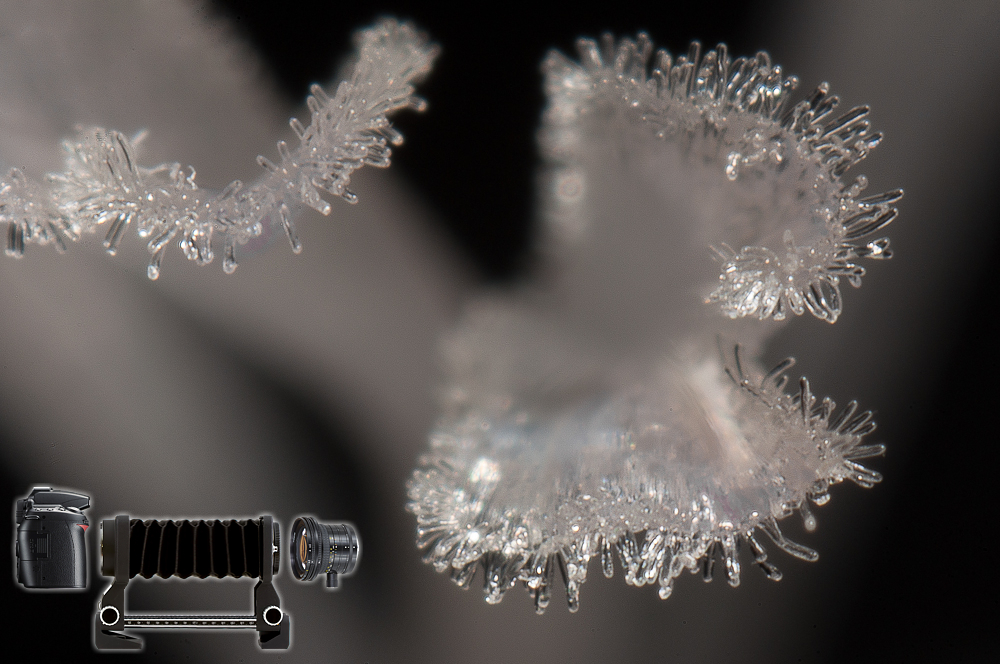 I don't have any more scientific methods of calculating the magnification here, especially in the last picture... all I have is a measuring tape. That's why I will just leave it at 9:1. All I know is that the portion visible in the image above is somewhere between 2.5 and 3mm. That is pretty impressive. The distance to the subject is 45mm and 40mm respectively. Do you regret not owning Canon's MP-E 65mm 1-5x? Well, here you have an image bordering 10:1 (twice what the Canon allows) for about 60% of the price (and only because the lens I own is actually meant to be for architecture and offers a lot more than just being a relatively wide prime, otherwise it would be even cheaper). Is it more of a hassle? Certainly. But what is hassle other than a challenge when you're doing something you enjoy. Let's not forget the Canon offers an impressive 24cm working distance so you get your money's worth if you're really serious about macro.

That's it guys, we won't be getting closer than this, that's it. I'm not going to buy another 3 sets of the extension tubes and start stacking them together with the bellows like a mad scientist just to prove a point. However, there is one more technique I'd like to present in part IV. All I can say is that yet another one of my lenses will be put to use. Stay tuned.