No odd fashion choices nor offerings of radishes this time, only good old-fashioned drumming, wailing on guitars, screaming and sweating. The great thing about improvised music is that a collaboration can be whipped up any time any place. And by "any time any place" I of course mean Friday night at the Cowley. One of the supports fell through so Plurals jumped on board and brought Noteherder & McCloud with them, providing a lovely jazzy/electronic filling in the guitar-driven sandwich formed of Housewives and Kick Nurse. 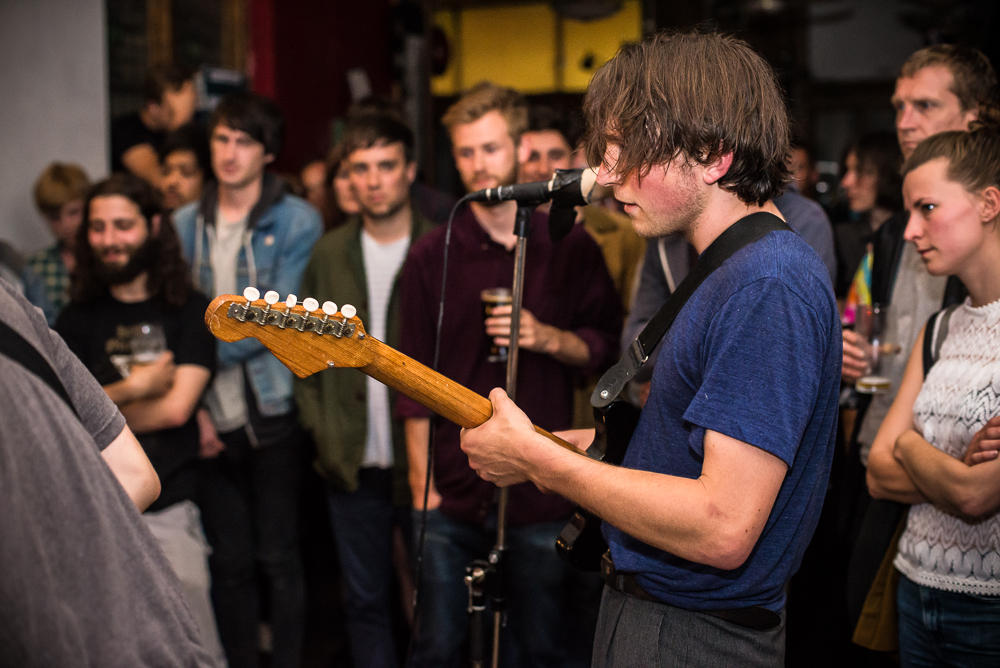 I have been neglecting the GDS for a while so I decided to drop by for a free night of electronic music courtesy of Bernholz, Foreign Skin and Japanese Sweets. After all, it's just around the corner from where I currently live. 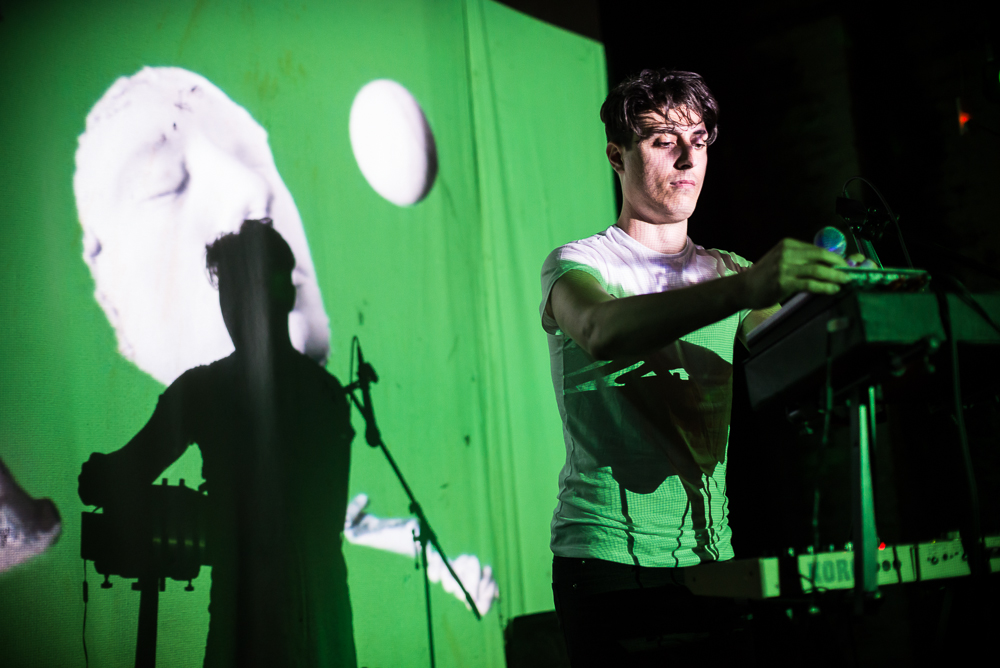 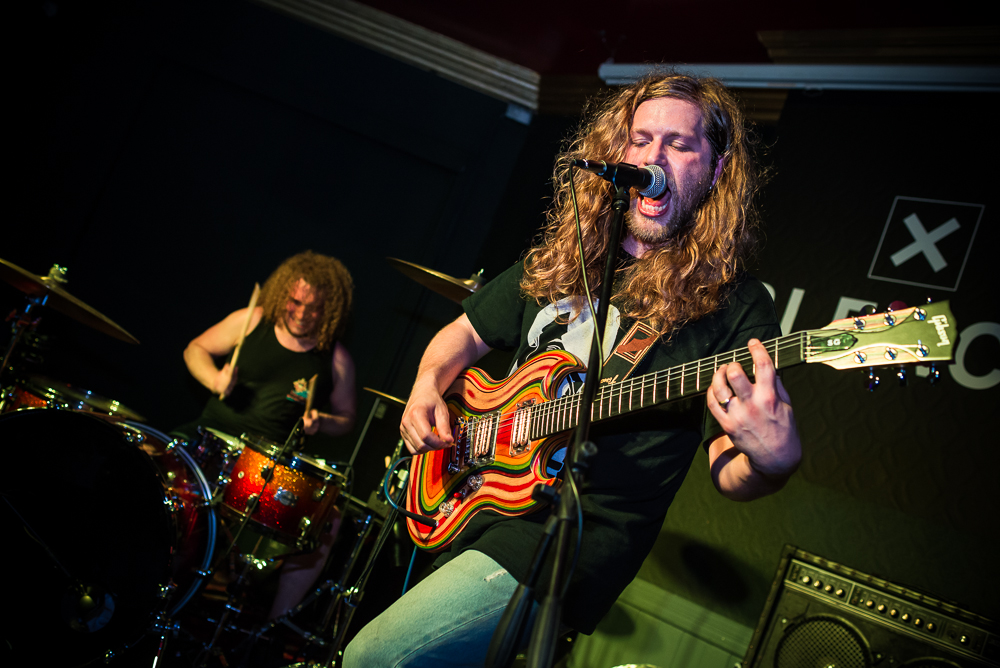 Last night was Friday the 13th, the full moon and Mercury was in retrograde, which apparently means even more bad mojo floating around. What better way to wait it out than to go underground down the Rabbit Hole and witness what happens when noise and funk clash. 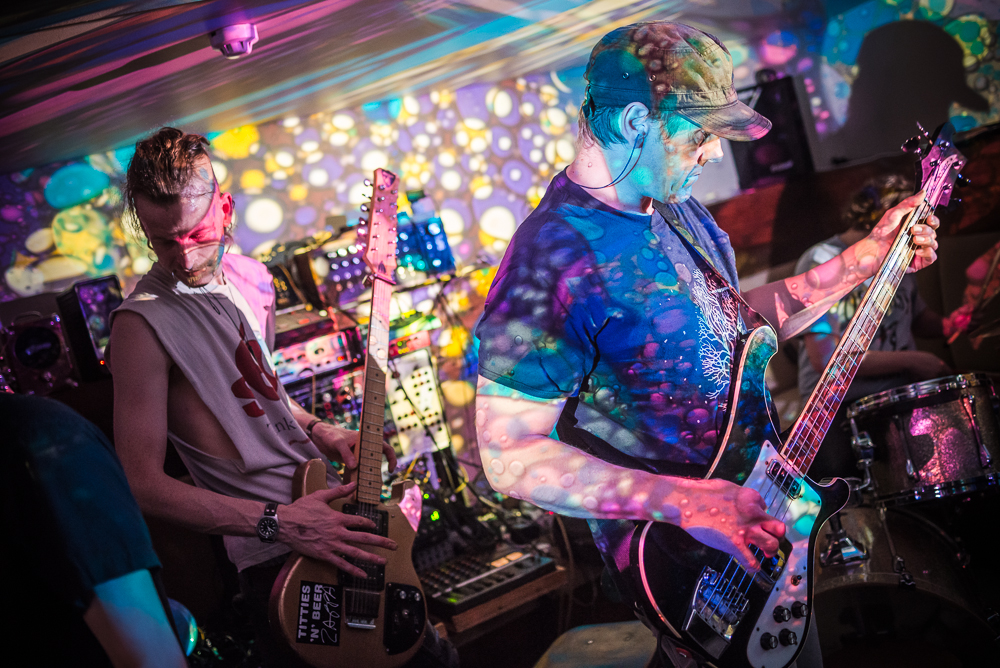 Another successful outing to The Cowley, this time for some serious dose of prog all the way from Bristol, supported by some of the most notable Brighton residents. 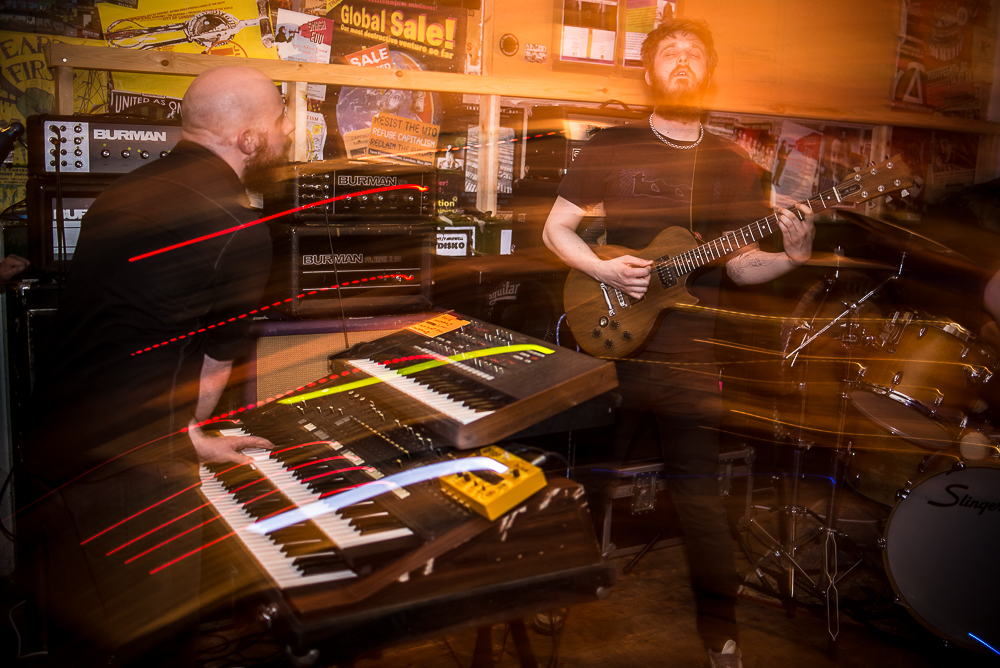 With most of the work week behind you and the weekend not being here just yet, some hairy Scotsmen wailing on instruments in the dark is just the right kind of medicine. Fighting fire with fire and fatigue with some bouncing around to music so loud, you can feel the tremble in your chest. 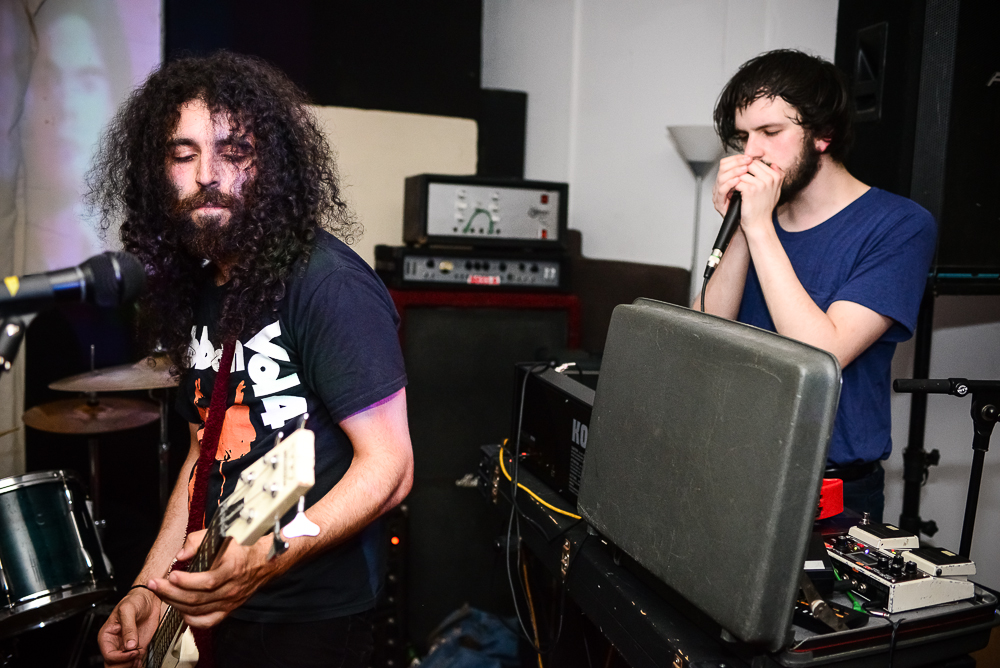 The last edition of Synthesize Me before the summer break featured my fellow compatriot, Eva Bowan, and as usual was visually enhanced by swirling oily bubbles courtesy of the Innerstrings Psychedelic Lightshow. 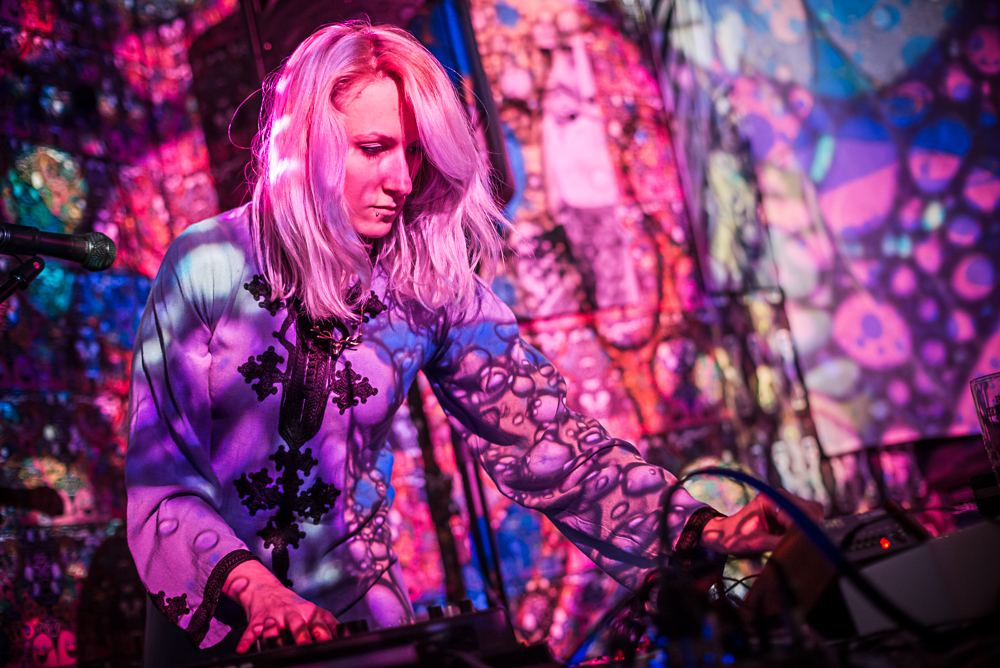 At the end of Campbell Rd, under the viaduct, past a "no unauthorised access" notice, left from an RV straight out of Breaking Bad there's Campbell Road Studios, a local rehersal space and since recently - a live music venue. The cosy carpeted room hosted, among others, Sarah Angliss, quite possibly on one of her last Brighton performances for a while since she decided to move back to London. She and her wacky toys shall be missed! 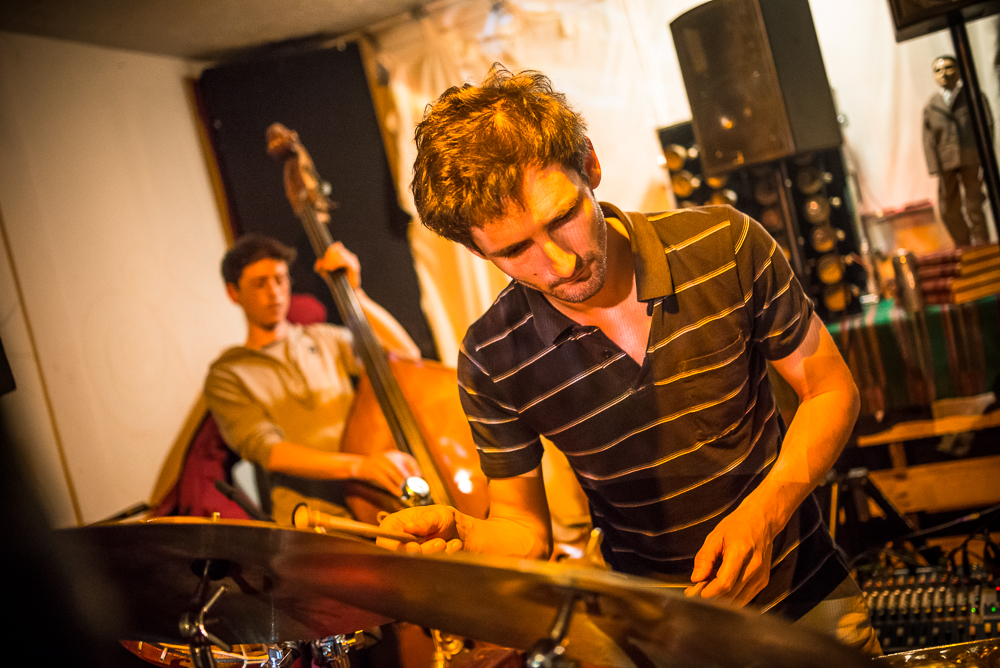 Round two of the Cowley experience, complete with some further peculiar choices of wardrobe (or lack of). Dear Cowley, I think this is the beginning of a beautiful friendship. 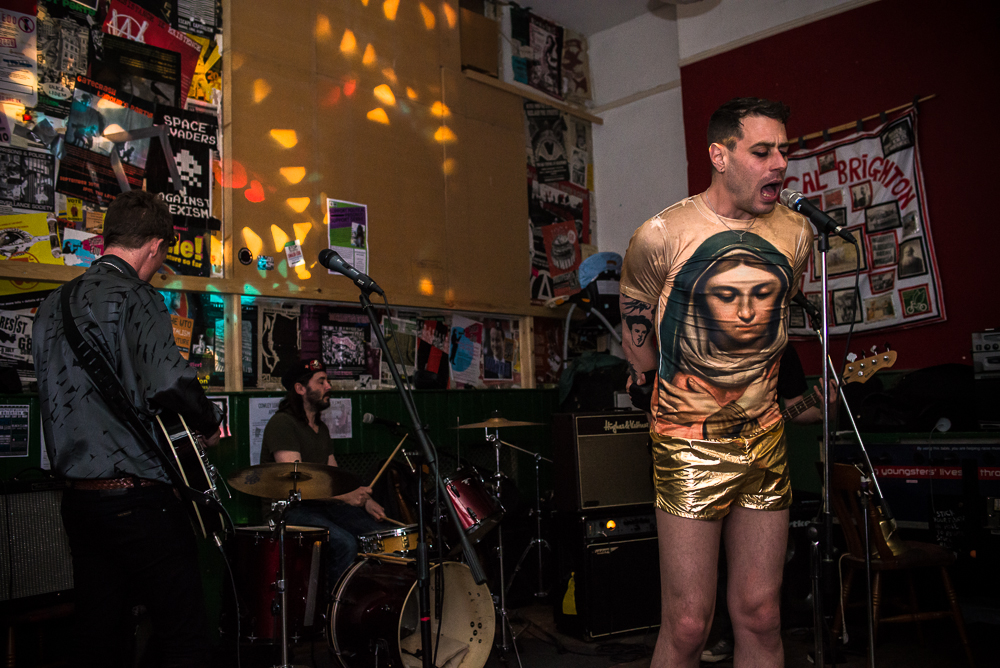 It sure took me long enough but I finally paid a visit to The Cowley Club. For whatever reason I always thought it was rather drab but turned out to be a colourful mecca of some colourful, onesie-wearing, noise-making individuals. 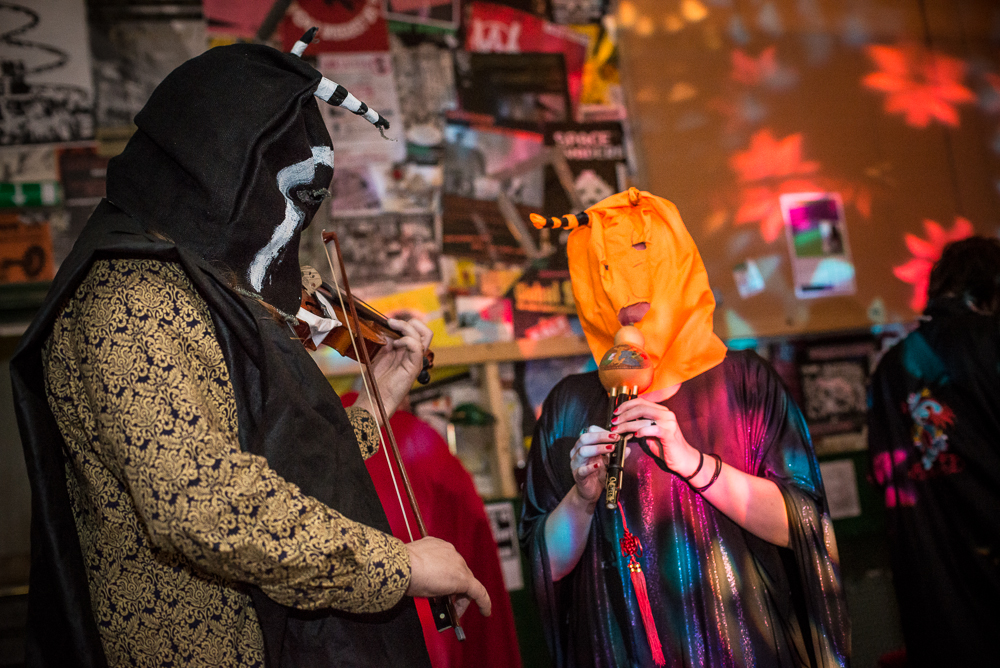 Almost 3 years have passed since I saw the band live at a goth festival held at the castle in Leiria, Portugal. Back then I had no idea what was in store for the night and I was completely taken aback by the whole experience. This time, even though the dynamic of the performance remained practically untouched (minus one weird body-suit noise-generating gizmo), it made no less of an impression. You know how some actors insist on remaining in character throughout the process of shooting a movie? These guys seem to have been in character for the past 30 years, since the band's inception in 1984. Everything about the show (the word ritual seems more fitting) is meticulously crafted and nothing is neglected or left to chance. I can only imagine the level of dedication it takes to log a full-blown 10-bell carillon around on tour. I know it only took about 8 hours and a crew of people to bring all their gear up to the castle. Luckily, The Garage is not on top of a hill, but still. Think about that next time you get frustrated because the airliner doesn't allow you to bring your guitar onboard.

Don't be fooled by the presence of instruments like the bagpipes or the bells, this is no neo-folk nor neo-classical musing about life in the countryside. It's loud and raw and if you look at it, it's a very standard rock band combo - vocals, guitar, bass, keyboard, drums. I remember it even proved to be too much for the more mellow festival goers that hoped to be entertained with songs about snowflakes sung to the sounds of a lute. As soon as they heard the electric guitar, they quickly evacuated further away from the speakers. The band actually sounds a lot more military than goth, due to the overwhelming presence of dense drum structures by BAM, the band's mechanical, electromagnetically-controlled drummer, the brainchild of frontman Olivier Tarabo. The whole ritualistic bubble wrapped around the performance is not there to take attention away from the music. The songs are the vehicle and no doubt a very powerful one. The candles, the costumes, the flag girls and the Danse de la Terre are merely an elaborate landscape it travels through. One day I hope to pop in their hometown of Rouen to witness what they're really capable of when on their home turf. 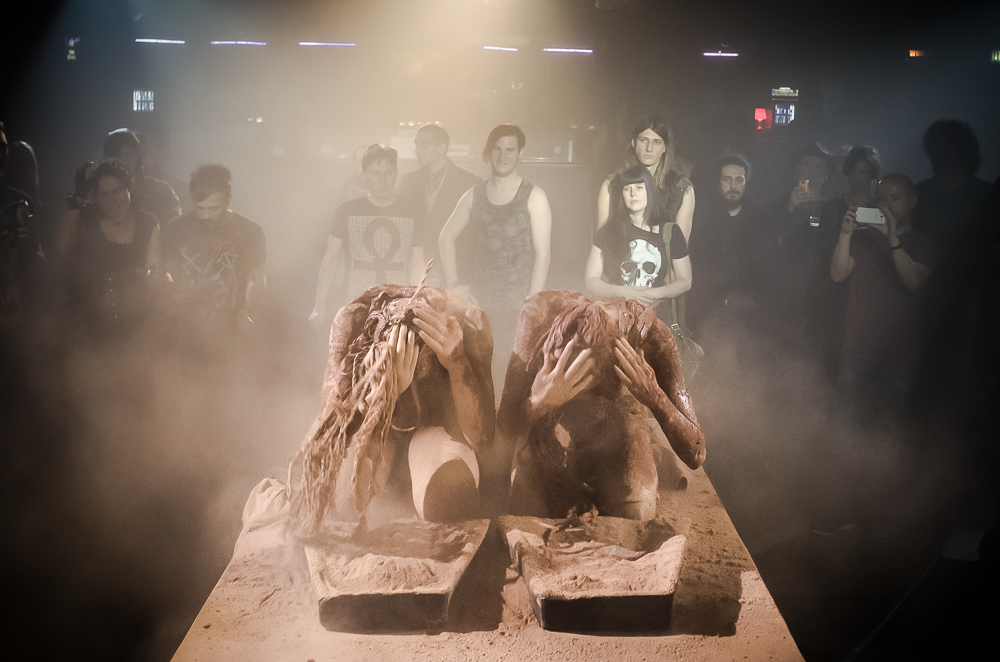 There was something strangely fitting about the Space Lady performing at a modest, slightly dingy local community hall of all places. Might have been the unpretentiousness of if all. Might have been the appeal that went beyond your typical Brighton gig audience. Whatever it was, it just worked. 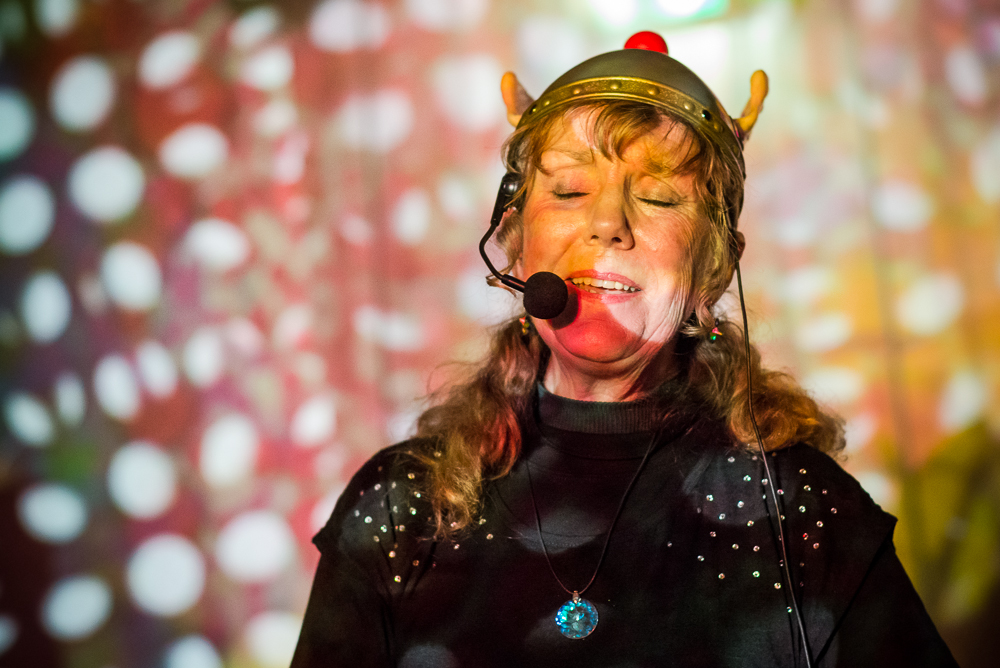 I admit I'm kinda sexist in terms of music and you will rarely, although not as rarely as a few years back, hear me endorsing a female-fronted band so enthusiastically but here it is - Jungfrau's Hannah Grasskamp is one of the very best vocalists down here in Brighton (please note I didn't say "female vocalists"). Plus I love the overwhelming pressence of bass in their music, especially in their live performances which sound a lot more edgy than anything they've recorded in the studio. Oh right, they were the support. Sleepy Sun were cool. Go see Jungfrau. 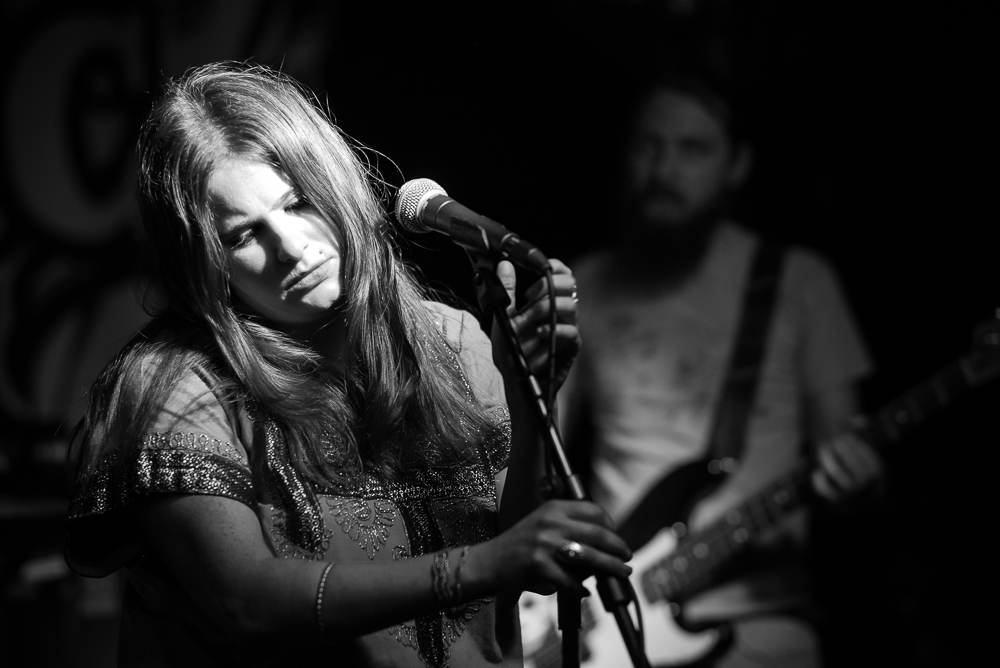 I used to insist metal is one of the few genres I can't stand but in recent months I have been proven wrong. Put "drone", "doom" or "sludge" in front of it and I'm there front row. 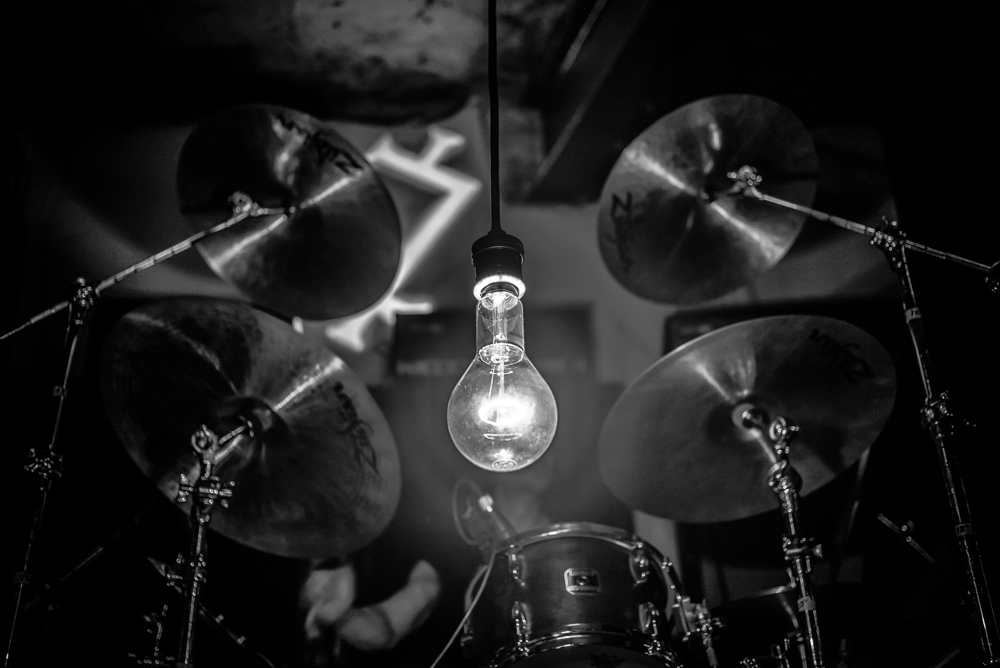