In part I of this short series I explained how to achieve 1:1 magnification with a standard 50mm lens and how to push it to 2:1 with a wide angle prime. In part II I will combine these same lenses with a set of extension tubes to see how that would affect the reproduction ratio. Our subject remains the same for now, soon however I will need to replace it with something with more fine detail as we will be getting really close and personal.

Just as in part I, the lenses will be mounted reversed but this time a set of extension tubes (65mm altogether) will be mounted between the camera body and the lens to achieve an even higher magnification. The cheapest extension tubes are simply metal rings with various widths that can be used individually or combined to create one long tube. More expensive ones provide means of communication between the body and the lens to support autofocus and metering. First off the 50mm f/1.2 was put to the test and this is the outcome. 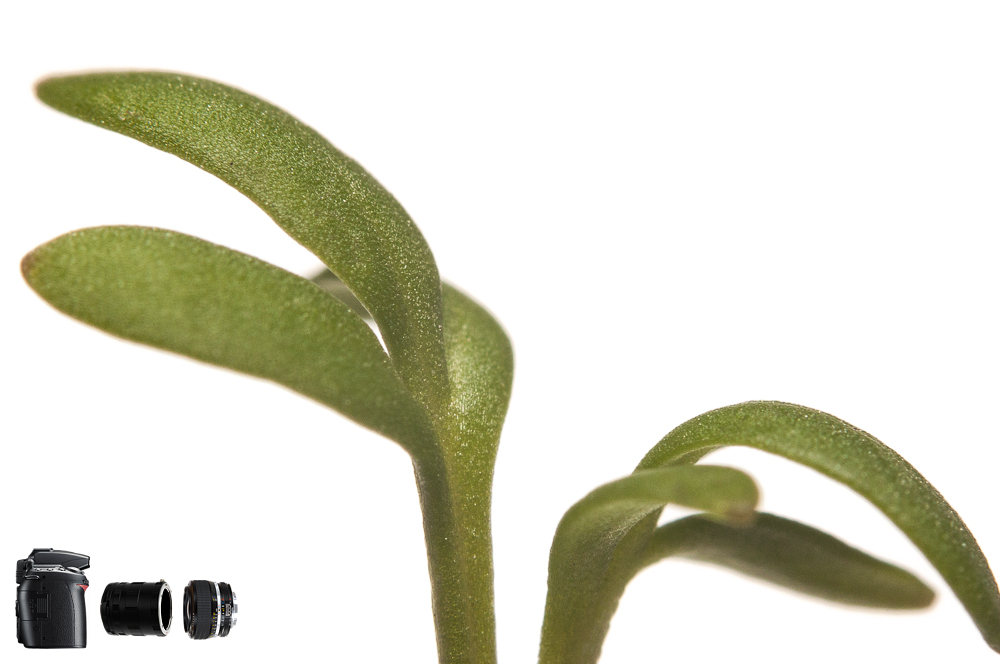 This image is very similar to the one taken with a reversed 28mm and features a slightly higher magnification - 2.4:1 versus 2.2:1. The distance from the lens to the subject is 60mm which is actually more than the reversed 28mm offered. So, if the 50mm plus tubes produces a more or less similar result to a reversed 28mm then the 28mm with tubes must get us even closer to the subject. And in fact it does. 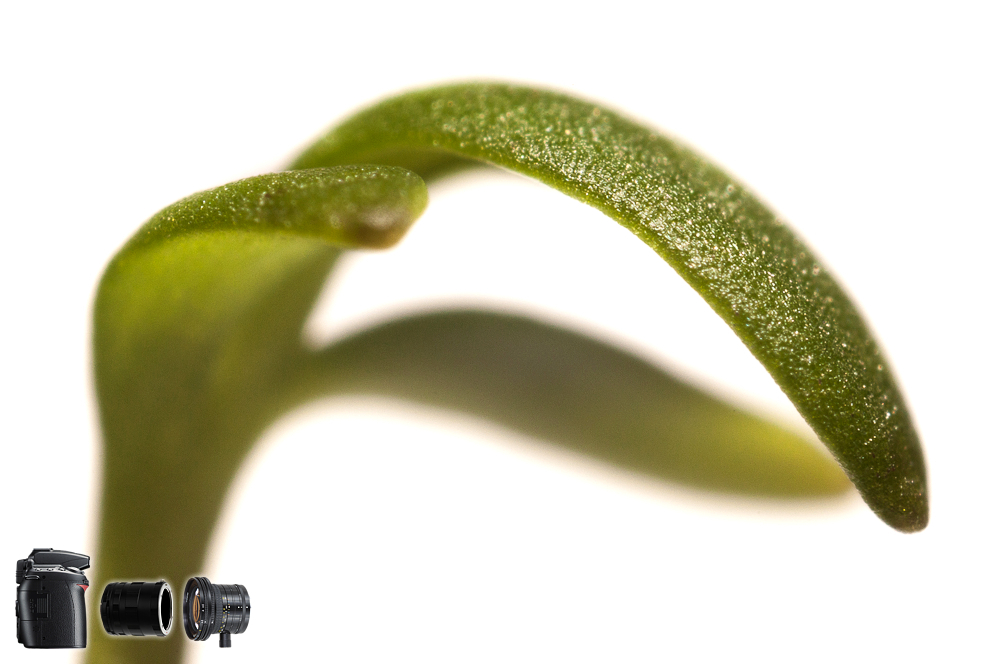 Our subject no longer fits in the frame so only the right part is visible. Quite a change from the initial image taken with a dedicated macro lens. Of course the depth of field is starting to be paper thin but that's a subject for a whole other discussion. The distance from the subject has once again decreased (just like when using these lenses without the tubes) and is now at 45mm from the front of the lens.

Extension tubes aren't the only means of moving the lens further from the camera body in order to achieve a higher magnification without the use of additional optical elements. Part III will feature the one piece of equipment that, despite still being manufactured today, looks as though it came straight from the very beginnings of photography - the bellows. Stay tuned.