Beyond 1:1 - extreme magnification in macro photography, part I - reversing the lens

Most dedicated macro lenses offer a reproduction ratio of 1:1, which seems like a lot... until you go out and try to look an ant in the eyes. Then it turns out it's not all that much. In simple terms the 1:1 magnification means an object the size of your camera's sensor will fill the entire frame. I currently own a Nikon D90 so at 1:1 an object measuring ~24x16mm will fill the frame edge to edge. There are several techniques to increase the magnification and while using a dedicated macro lens may be the most hassle-free, you can achieve better results and spend less cash by simply using a standard or wide angle prime lens, even one you may already have lying around in your attic from an old analogue camera.

Let's start off with a photo taken with a macro lens, the popular Tamron 90mm f/2.8. Our subject - a tiny shoot of garden cress one of my cats insisted on trying to eat. Illumination courtesy of the marvellous R1C1. Apart from that I'm also using a 72-led battery-powered camping lamp to illuminate the scene and help me focus. Without it both the viewfinder and live view would be completely dark. The camera mounted on a tripod and a 4 way focusing rail. I decided to use f/11 throughout the entire shoot to keep things uniform and see how the depth of field changes. The subject's distance from the front of the lens is approximately 95mm.

The subject is very small, the portion of it showing in this picture is only about 13mm tall. So this is not bad. However, if you intend to capture something smaller it will require you to crop a lot of the image out and that may visibly affect the image quality.

One of the simplest and cheapest ways to start doing macro is to use a standard 50mm prime lens but to mount it reversed so that the back of your lens becomes the front. All you need is a metal adapter with a bayonet suitable for your camera on one end and a male thread (the same size as your lens's filter thread) on the other. Just get one off eBay, there's tons of this stuff there. I used my 50mm f/1.2 but you can use pretty much any 50mm out there as long as it has an aperture ring (the new G lenses don't feature it anymore and that makes things complicated in macro photography). It doesn't even need to be a lens with the same mount as your camera as you will use the filter thread to mount the lens. The following image shows what kind of magnification you can achieve with a lens that, when mounted normally, only offers a mere 1:7.9 ratio. 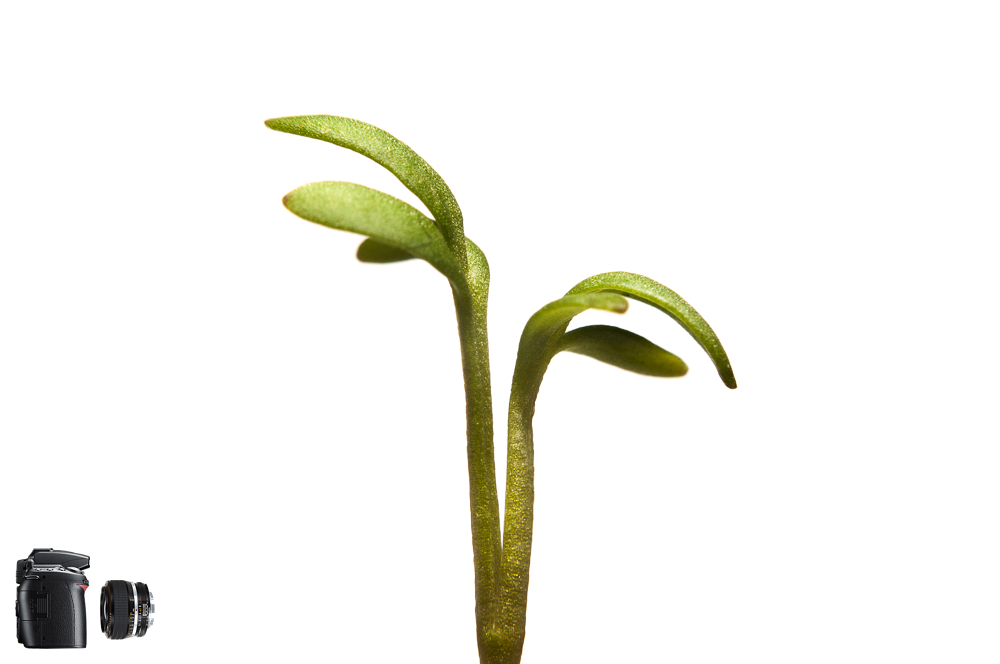 There you go, that's even slightly larger than 1:1. Still far from extreme but not bad of a result for a kind of lens you probably already have in your photo bag. The subject is 75mm from the lens, less than when using the Tamron but still a fairly large distance. To achieve greater magnification than this you will need to use a wider lens. What I own in that department in terms of primes are Nikkor 35mm f/1.8G and Nikkor 28mm f/3.5 PC and since the 35mm doesn't feature an aperture ring I'm going to go with the latter. 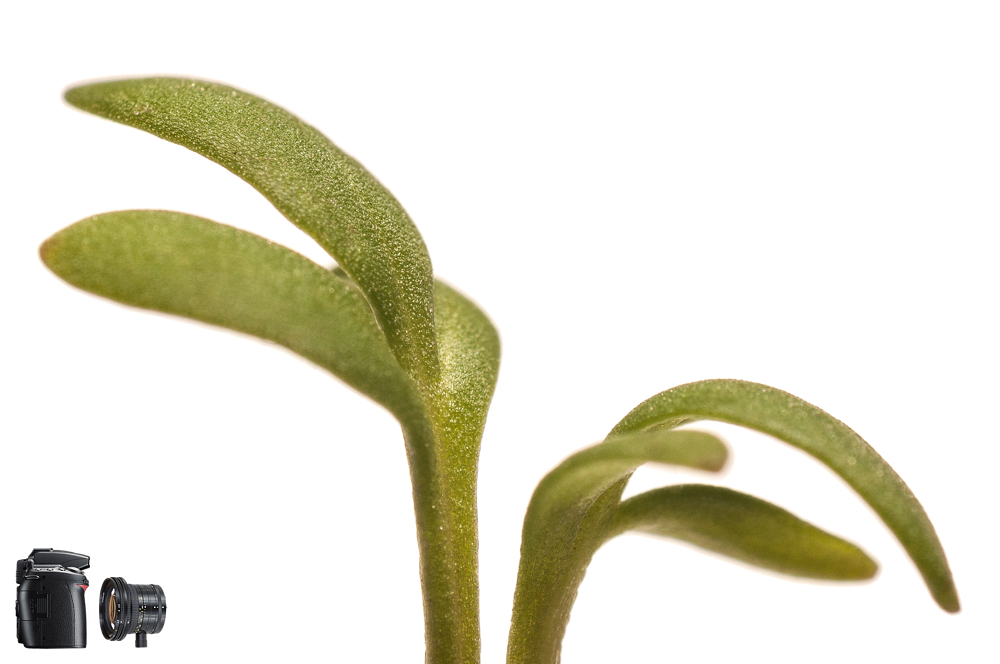 In this case the difference is evident and at the ratio of 2.2:1 a mere 11mm is enough to fill the frame. We're getting closer to the subject too, the working distance has been decreased to 50mm. This particular 28mm lens is quite handy in this scenario as it has 2 aperture rings. Since it's a PC (Perspective Control) lens that allows shifting the optical elements to correct perspective when shooting architecture, it has a very peculiar contruction where the body has no way of controling the aperture and, unlike in most lenses, the aperture is at the end of the lens, right behind the front optical element, not the rear one. One of the rings is meant to be used to preset the aperture you wish to use and acts as a limiter and the other controls the aperture's opening. At f/11 both the viewfinder and the live view will be quite dark so it's handy to be able to quickly open and close the aperture without looking. Simply turn the ring and the limiter will make sure you will end up with the preselected value.

In part II of this article we will get even closer with the use of the good old extension tubes.